“An original Donald Ross course...one of just 30 in Ohio”

The original golf course was purchased by the Hamilton Elks Lodge #93 in 1932, but was known as Butler County Country Club from its inception in 1925. The golf course was designed and built by world famous golf architect, Mr. Donald Ross. Mr. Ross built hundreds of golf courses, but just 30 in the state of Ohio.

Ask any serious golf historian and they'll tell you: "Donald Ross is one of the greatest golf architects in history." Born in Scotland, Ross emigrated to America and designed some of America's top golf courses including Pinehurst #2, Oak Hill, The Country Club, Seminole, East Lake, Scioto Country Club and Inverness Golf Club. Ask any serious and knowledgeable golfer and they will tell you: "Having a Donald Ross golf course is extremely special." Of the hundreds of courses in Ohio, only 30 are Donald Ross courses. 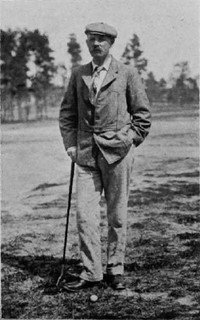 Dr. Michael Hurdzan designed and built the Blue course in 1995. Hurdzan is formerly president of the American Society of Golf Course architects and every major golf publication has ranked his courses among the best new courses in the country. Hurdzan is a recipient of the Old Tom Morris Award, the Donald Ross Award and the Don A. Rossi Award, the "triple crown" of his profession and an honor he shares only with Jack Nicklaus, Arnold Palmer, Byron Nelson, Robert Trent Jones, Sr., Rees Jones and, as of 2015, Pete Dye.